Meet the partner – University of Athens 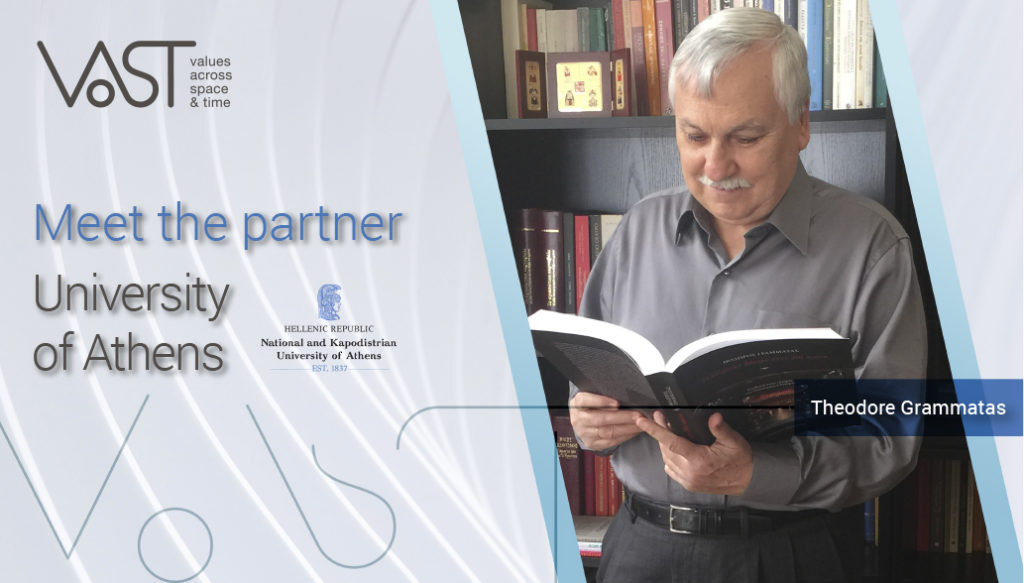 The National and Kapodistrian University of Athens (NKUA) is a public University located in Athens, Greece. Inaugurated in 1837, it has been the first University in the newly established Modern Greek state, as well as in the Balkan and the Eastern Mediterranean area. Its role has been historically and socially decisive for education and promotion of cultural life in the country and beyond. The NKUA has 5 University Research Institutes, 3 University Hospitals, 70 Clinics and Departments under the auspices of the School of Health Sciences, 224 University Laboratories, 11 libraries, the History Museum of the University, the Historical Archive, and 13 thematic museums. For the academic year 2019-20, the NKUA offers 42 undergraduate programs as well as 188 postgraduate programs leading to a Master’s or a Doctoral degree. NKUA is not only an Institution dedicated to education but is also a research-intensive University.

Emeritus Professor Theodore Grammatas, Department of Primary Education of the National and Kapodistrian University of Athens, is the lead person responsible for the WP1 Co-design: Multi-disciplinary scientific methodology for advanced digitisation.

Within the frame of the VAST Programme NKUA’s team develops the methodological frame of the research, the way of the analysis of the Ancient Drama plays (Tragedies and Comedies), and takes care of the creation of the questionnaire for the pilot study of an Ancient Tragedy theatre performance and its reception and mnemonic recording in the conscience of the modern audience. The aim of the program he is scientifically editing is to give prominence to the timelessness and timeliness of the values and ideas of the Ancient Greek Drama and Theatre, as well as their reception and exploitation by the spectators of these performances within the context of the modern world.

Apart from the analysis of the Ancient Greek Drama plays and the questionnaire for the reception of the theatre performance, the research is extended to the exploitation of the qualitative and quantitative data that will emerge by the audience research, as well as the interviews with the creators and artistic contributors, such as directors, actors, visual artists and so on. An overall picture of the Past and the Present of the Ancient Greek Drama and Theatre Values that signify the orientation and enhancement of the Modern European and Global culture as a whole is expected to emerge through the result analysis.